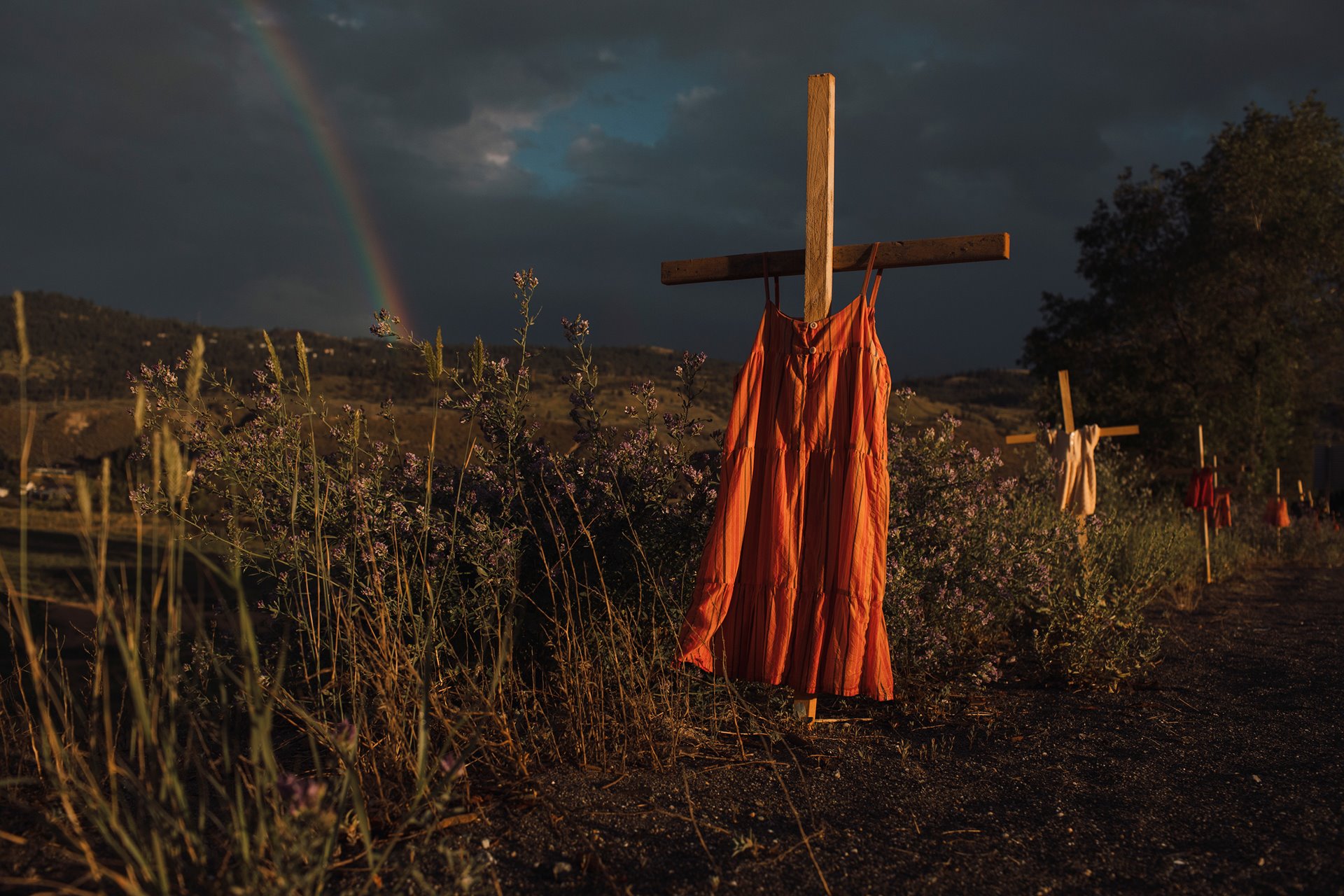 Red dresses hung on crosses along a roadside commemorate children who died at the Kamloops Indian Residential School, an institution created to assimilate Indigenous children, following the detection of as many as 215 unmarked graves, Kamloops, BritishColumbia.

The hanging of red dresses as a visual response to the disproportionate violence faced by women with an Indigenous heritage began in Winnipeg, Manitoba, in 2011; orange shirts are also used, specifically to acknowledge suffering caused to children by the residential school system in Canada. Residential schools began operating in the 19th century as part of a policy of assimilating people from various Indigenous communities into Western, and predominantly Christian culture. Students were removed from their homes and parents – frequently by force – and often forbidden to communicate in their own languages. Their hair was cut short, and they had to wear uniforms, rather than traditional clothing, were given Euro-Christian names in place of their own, and were subject to physical and sometimes sexual abuse. Supreme Court Chief Justice Beverley McLachlin claimed Canada used the institutions to commit cultural genocide.

Upwards of 150,000 children passed through the doors of residential schools before the last one closed in 1996. A Truth and Reconciliation Commission, set up in 2009, concluded that at least 4,100 students died while at the schools, as a result of mistreatment, neglect, disease or accident. The Kamloops School, established in 1890, became the largest in the system, attended by hundreds of Secwépemc and other First Nations children. It closed in 1978. In May 2021, a survey using ground-penetrating radar identified as many as 215 potential juvenile burial sites at Kamloops – confirming reports from oral histories.